Some 18 rally cars from all over the country came to Windhoek on the weekend of the 4th and 5th of October to battle for the title of the CYMOT Rally 2013. 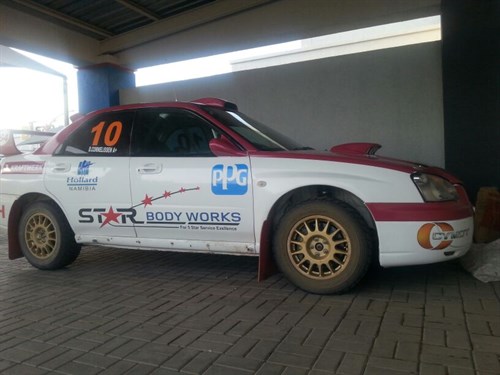 A cheque of N$ 100.000 was handed over to Dick Cornelissen and Melvin Gous of the organizing committee to support this unique motorsport event for the second year in a row.

The very spectator friendly, and therefore unique rally of its kind, started on Friday evening at the Tony Rust race track just outside of Windhoek where 5 of the total 13 stages in –and around Windhoek provided some exciting rally action.

At the end, a convincing six minute lead was enough to set the CYMOT/PPG/Star Body Works Subaru onto the podium. With some 1000 spectators at the race track on Friday evening, the CYMOT Rally is now a highlight for Namibian motorsport fans and could not have gotten much more media coverage from all of the mayor Namibian newspapers. The rally was not only featured on NBC and One Africa Television but also attracted the attention of several international news and rally magazines and websites around the globe.

The tremendous success of the rally was made possible by a strong organizing team and CYMOT staff members who did not fear standing at the stages for hours, getting dust and sand showers from the drifting cars with high decibel roaring engines, passing them only a few meters away. 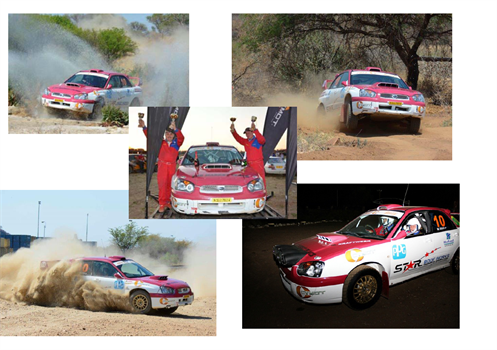