Celebrating the great and good of the industry!

The inaugural PPG headline sponsored British Bodyshop Awards, held at the Battersea Evolution, on Tuesday 26th June, was a great success and has been noted by many as the 'crème de la crème' of bodyshop industry events.

Attended by over 525 guests, the event saw sixteen insurance companies and work providers present 28 awards to repairers and individuals to reward the success and outstanding achievements of it's top repairers within their networks.

The night got off to a great start with an appearance from Gabby Logan of BBC Sport and a fantastic performance by the Bootleg Beatles, the worlds premier Beatles Tribute Band.

The night was enjoyed by all who attended and has been highly praised by everyone involved. PPG are very proud to have been headline sponsor to this tremendous event.

Gethyn Davies, Markets Director, PPG Refinish UK & Ireland said "Myself and all at PPG were absolutely delighted with the success of the inaugural British Bodyshop Awards. The venue, the hosting and content were all first class. We appreciate that it is a difficult time for our industry at the moment, so I think that all of us and our customers were thrilled to spend a night celebrating success."

Gethyn adds "On behalf of all of us at PPG, can I say a heartfelt 'congratulations' to ALL the award winners at the amazing first (of many!) British Bodyshop Awards - well done" 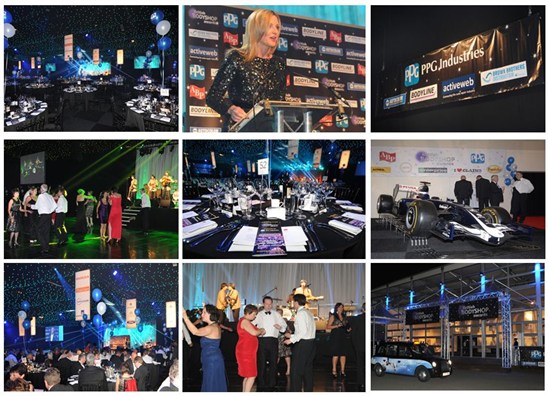